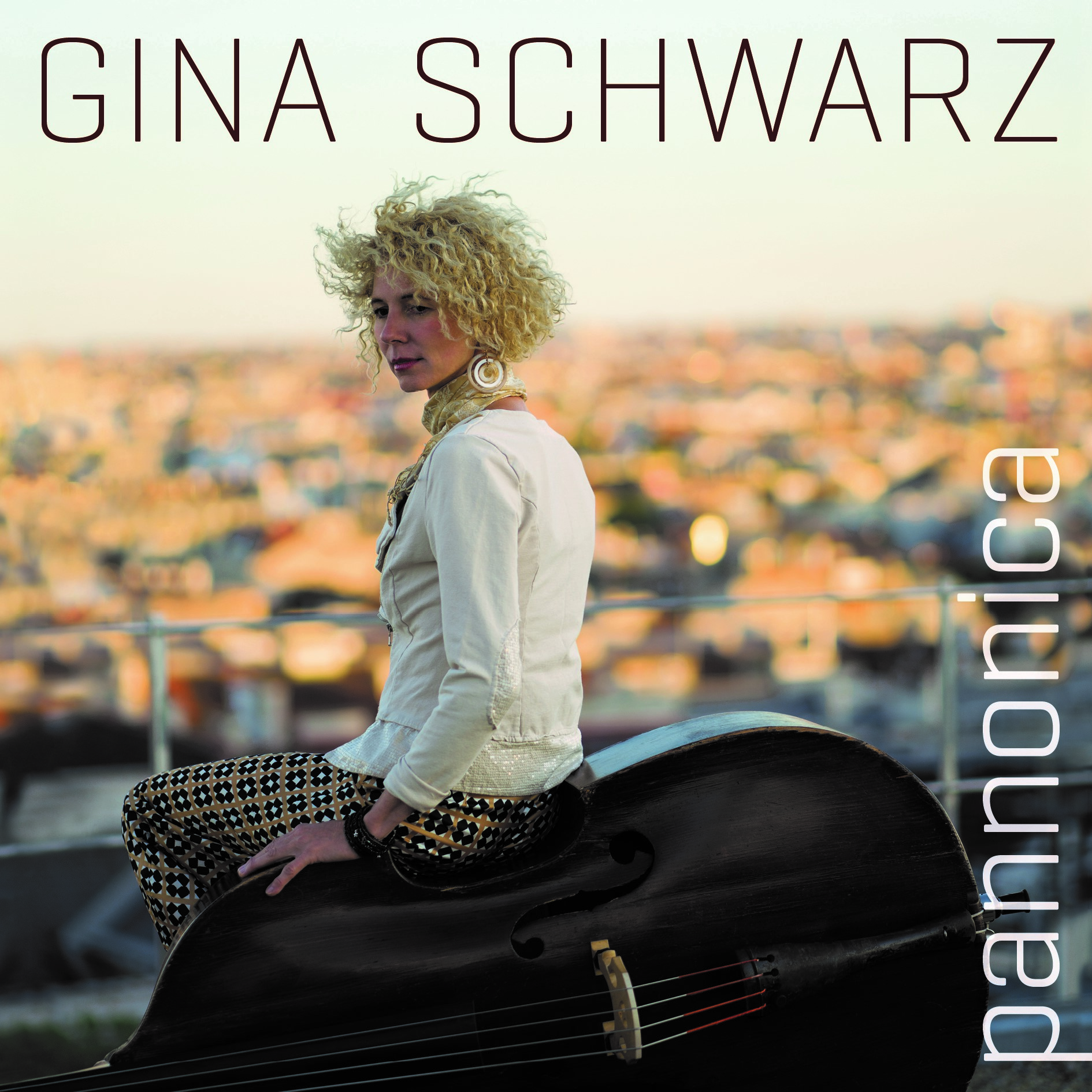 „Pannonica de Koenigswarter, born Kathleen Annie Pannonica Rothschild, was one of the most important promoters of Modern Jazz”, according to the entry in Wikipedia.

Kathleen was closely connected to Thelonious Monk as well as to his family, and in return for her selfless support as benefactress he dedicated several compositions to her.

“Pannonica” – arguably one of Monk’s most known works – is also the namesake of this fascinating project by the “Baroness of the low notes and deep sounds”, Gina Schwarz. Gina pays tribute to the patronage of Kathleen Rothschild and at the same time opens up a conscious female “sight for listening“.

Gina Schwarz acts as a prudent but sovereign bandleader, and is known to be a gifted and fascinating bass player, as well as a composer and an arranger. Her music leaves a lot of room for interpretation, which creates a fascinating interplay, exciting solos, as well as an ever surprising flow of ideas for co-musicians and listeners alike.

Gina Schwarz has been a bandleader of formations like “Schwarzmarkt” or “Jazzista”, as well as coordinating projects like “Unit”, featuring Jim Black. Over time she has become a highly productive catalyst of the present Austrian jazz scene. This recording is a sustainable proof thereof.

Pannonica started as a stage band at Porgy & Bess Jazz club in Vienna during the 2017/18 Season. The project invited international female composers and musicians as special guests, who performed their task exceptionally on eight highly variable and exciting evenings.

A profile of this work performed by Gina Schwarz’s new excellently cast formation Pannonica is captured on this double CD: CD 1 “Musicbox“ , and the newly arranged material on CD 2 “Free Landscape”.

The Baroness de Koenigswarter died in1988. A book titled “The Jazz Musician and her three wishes” was published posthumously I highly recommend it! To quote Duke Ellington: “My wishes are very modest…I want nothing but the best”. With pannonica, Gina Schwarz comes very close to Ellington’s paradigm. Chapeau!

Inspiration for developing the gender-idea of this project is an outstanding woman: Eponym Baroness Pannonica de Köenigswarter. She was a warrior, a patron, a muse, and an intimate friend of many musicians. For the Baroness, jazz is the embodiment of modernism, tolerance, and plurality – an urgent and most neccesary “antidote” to racism, sexism and gender-bias.

In the current program, the musicians shall impress the listener with strong solos, colourful sounds and collectiv-improvisations. The conceptual idea and the melodic shape represent the music of the composer. Creative horn arrangements and melodic string parts are played with passion, virtuosity and purity of expression. In combination with an exciting rhythm section they establish a homogeneous bandsound with unconventional colouring.

Austrian bassist Gina Schwarz leaves no room for doubt as to who occupies the driver’s seat on Pannonica. A few measures into the opening number, “GM’s Musicbox,” Schwarz’s muscular bass melody is high in the mix, doubled by Lisa Hofmaninger’s bass clarinet, setting the tone for the rest of this two-disc affair.
Alex W. Rodríguez  – June 2020
… more

Gina Schwarz is a leading exhibit on the Austrian jazz scene, one of the country’s finest bass players critically acclaimed composer and arranger.
Pannonica is a neat summation of why she’s so highly rated.
Stuart Nicholson – May 2020
… more

Austrian double bass player-composer-bandleader Gina Schwarz began her «Pannonica» project as a tribute to Baroness Pannonica de Koenigswarter (1913-1988), ala Kathleen Rothschild, known as a patron to bebop musicians and a friend of Thelonious Monk, who immortalized her name in a beautiful composition. Schwarz wanted that this project would reflect a female consciousness, close to the way that the Baroness saw jazz – jazz as the embodiment of modernism, tolerance, and plurality, an urgent and most necessary antidote to racism, sexism, and gender-bias.
Eyal Hareuveni – March 25th, 2020
… more

Gina Schwarz is a bass player and composer. Starting on the accordion, Gina later learned the piano before indulging her passion for the lower registers by learning the double bass, which became her main instrument. She studied at the Vienna Conservatory, the University of Music and Performing Arts in Vienna and then gained a scholarship to Berklee and was also supported by the Austrian government. She won the Berklee-Best whilst a student there. She also won the Hans Koller Preis for sideswoman of the year in 2002. Since 2011 she has taught bass and performed. She has recorded albums as leader and co-leader and featured on many others. Her performances have taken her all over the world.
Sammy Stein – Feb 2020
… more 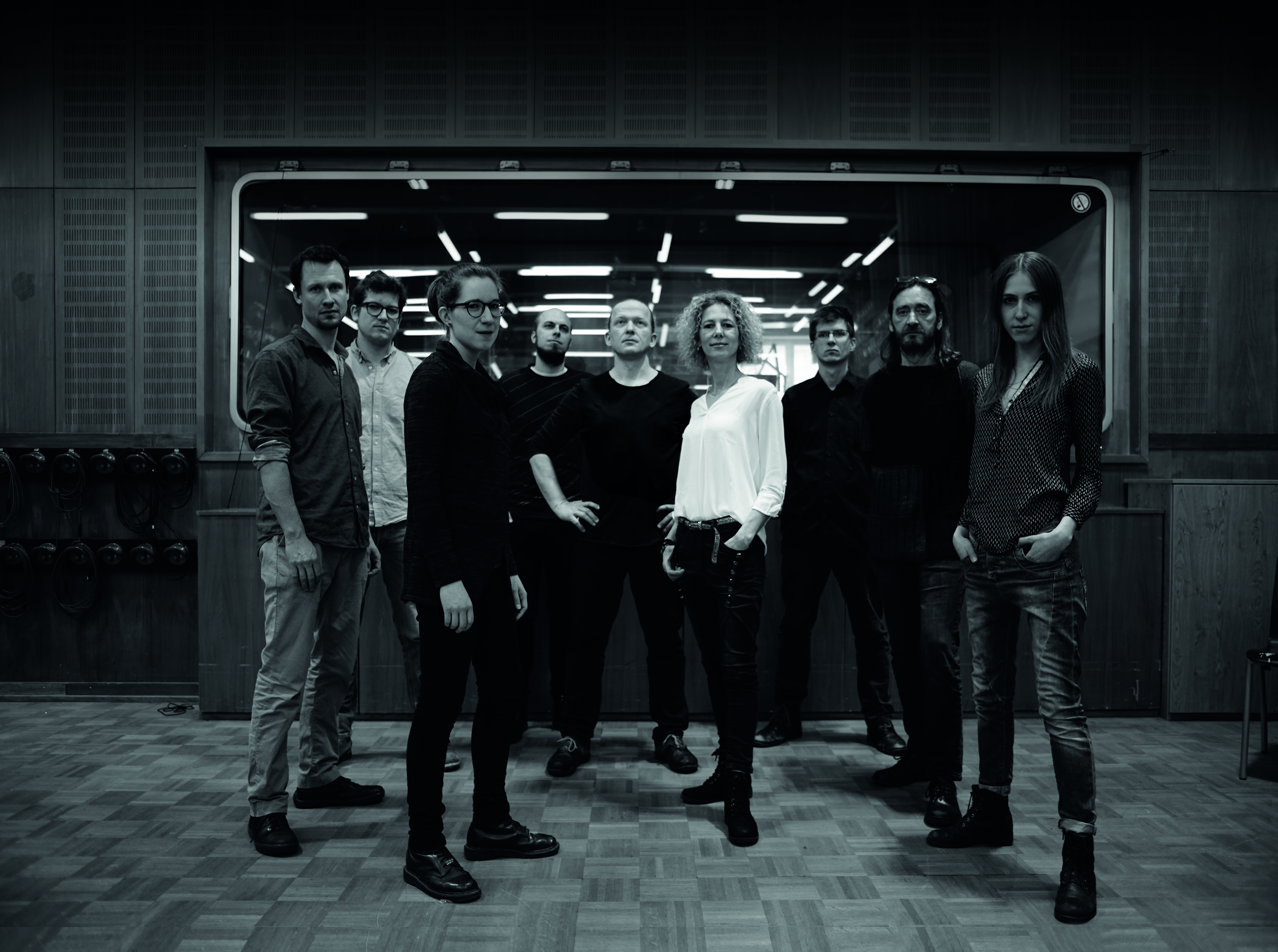